As many of us will be aware, October each year is Mental Health Awareness Month, and this Sunday marks World Mental Health Day. This is a vital time in the year for awareness raising, providing an opportunity to have positive conversations across the world, and catalyse real action.

I’ve said this before but conversation is powerful, action is revolutionary. As leaders, many of us have done a lot to open up conversation within our organisations and increasingly, there is real action happening through consistent initiatives and support. But when you look at the statistics and you consider the last 18 months we’ve all had across all corners of the world, we need to focus in on mental health more than ever. Now is not the time to sit back.

Why I believe reporting is key

I’ve previously written about a campaign I’m leading which is focused on establishing the mandatory reporting of mental health in business. The goal is to acknowledge that some great work has been done by many businesses and leaders, but to also accept that this isn’t universal. The reality is that we do not have a way of ensuring consistency in how businesses are managing and helping to support the mental health of their employees.

The campaign hinges around creating a standardised survey which businesses use to gauge the views of their employees about the working environment they are creating, reaction to any initiatives in place and ideas on how to improve further. Businesses will then report that back to employees each year. My hope is that this creates a consistent touchpoint, holds businesses to account and drives positive change.

It’s early days in the campaign and to fine tune our thinking, I’ve been speaking to experts across mental health including those from Mind, Mental Health at Work, Unmind, Imperial College London, Channel 4 and many other charities and organisations. It’s been incredible to bring together so many brilliant minds to workshop the campaign.

How the campaign has changed as we built it with experts

When we started out, we just knew we wanted to bring accountability and we still believe reporting is the right way to do that. Originally, we took Gender Pay Gap reporting as our inspiration, wondering if a similar mechanism could work for mental health. We discussed what the survey should include and changed our minds several times. But over time, with the help of experts, the campaign is becoming clearer.

There are a few key learnings I’ve taken from those discussions and debates which I thought it may be interesting to share:

We need to face directly into the challenge we face and not be distracted by semantics – don’t get me wrong, mental health is a sensitive topic that requires sensitive discussion. But during a chat with Unmind’s Dr Nick Taylor, we had a brilliant discussion around the danger of people focusing so much on terminology, that we run the risk of diluting the message.

This came from my comment that we were going to switch our phrasing from “mental health” to “wellbeing”. I’d seen experts discuss this, and read articles around it, and thought it was the right thing to do. We discussed how this is a complicated topic and one rife with misunderstanding. If people are talking about mental health positively and trying to improve things, are we really wanting to complicate this by asking that people don’t refer to “mental health” anymore? Just as the world is waking up to its importance, why confuse matters?

The point I took from that call was that there are sensitivities at play, but the sensitivity isn’t in the wording used, it’s in the actual challenge we face. We should always talk in plain and direct language.

The mechanics of many “mental wellbeing in business” surveys could end up persecuting those businesses doing well – this is a point that has come through in a few conversations but was first raised by Mark Rowland, CEO of the Mental Health Foundation and Alison Pay, MD of Mental Health at Work. While the idea of reporting via a standardised survey designed by experts is supported by those we’ve spoken to, we need to be careful that it gives us the insight we want it to.

If businesses have opened up healthy communication around mental health, then their employees are more likely to be honest and open in surveys if they are not ok. So, if our survey were to ask questions about current state of mind or ask people to rate the improvement within their business, we may find that businesses who have done a lot and are a hugely positive story in this are getting data showing people are unhappy, want more and haven’t seen huge improvement.

This is one of the main reasons we have changed our recommendation to be that, rather than publicly report their data, businesses report back to their people. There will be context to this and the important thing is that businesses hold a mirror up to themselves and are their honest with their employees about it.

We are some way off developing the survey – our immediate goals are to finalise our manifesto, launch it on Change.Org to gain signatures, reach out to MPs to gain further support and then have the topic of mandatory reporting on mental health debated in Parliament. But when that time comes, it will be developed with this in mind.

This needs to be a positive conversation – mental health and improving how businesses view and support it cannot be about smacking leaders round the head when they get it wrong. We will quickly lose support if this is a witch hunt of businesses or leaders not doing enough.

People in good mental health are thriving and that’s a great thing. But often we only talk about mental health when it’s in a negative context. It then becomes a “problem” and “challenge” for businesses to “solve”, which isn’t the right framing.

We will be asking that the Government mandate that all medium and large businesses use our survey and report back to their employees. We will then rely on both the responsibility of leaders, and the demands of employees, in making that happen. Trust is needed and this campaign has to be a positive thing for all involved.

More news will come about the campaign itself. But I wanted to share some of these learnings because I feel they hit on some of the challenges I talk about with peers and colleagues regularly. And over the next month, I suspect these topics will come up again and again. 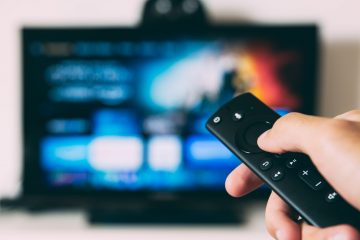 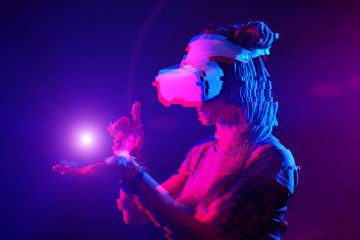